Workers low in the supply chain are vulnerable
to pandemic consequences

WASHINGTON (CNS) — More than 100 bishops from around the world have signed on to a statement seeking mandatory due diligence laws and regulations in the international supply chain.

As a consequence of the coronavirus pandemic, “particularly vulnerable to the worst impacts of the crisis are the millions of workers lower down the supply chain—many of whom are women,” the bishops said. “For instance, some big fashion brands and retailers have canceled orders and refused to pay for textiles already produced, resulting in millions of workers being sent home without pay, social security or compensation.

“Through their operations, irresponsible companies are complicit in acts of violence and suffering. We, Catholic leaders throughout the world, call on states to put an end to this,” the bishops said in the statement, issued in early July.

“Now more than ever, we need mandatory supply chain due diligence to stop corporate abuse and guarantee global solidarity,” they said.

They added, “Irresponsible companies have long been involved in various abuses, by evading taxes that could serve to build and maintain public services such as hospitals or schools, by polluting our soils, water and air, or by being complicit in gross human rights violations around the world, like forced and child labor.”

The statement said, “As bishops, we feel we have a moral and spiritual obligation to speak about the urgency of reordering the priorities.” 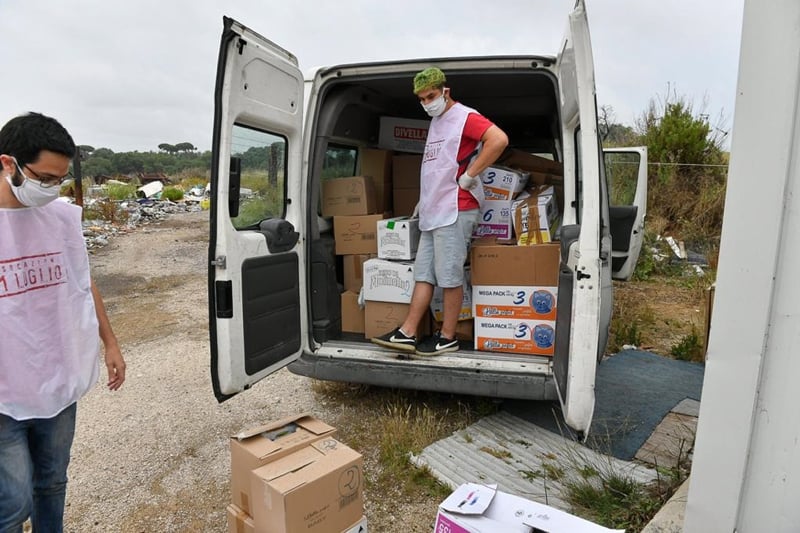 The bishops signing the statement hail from North and South America, Europe, Africa and Asia. Among the prelates signing was Archbishop Roberto O. Gonzalez Nieves of San Juan, Puerto Rico.

The bishops quoted from Pope Francis’ encyclical “Evangelii Gaudium“: “Each meaningful economic decision made in one part of the world has repercussions everywhere else; consequently, no government can act without regard for shared responsibility.”

They also cited his message to the executive chairman of the World Economic Forum held in Davos, Switzerland, last January: “The overriding consideration, never to be forgotten, is that we are all members of the one human family. The moral obligation to care for one another flows from this fact, as does the correlative principle of placing the human person, rather than the mere pursuit of power or profit, at the very center of public policy.”

The bishops noted a February report by the European Commission that “voluntary measures are failing,” and a 2019 German government study that found “less than 20% of German companies conduct human rights due diligence, despite (it) being a requirement in international frameworks for almost a decade.”

The statement said, “We call on all governments to uphold their obligations under international law to protect human rights and prevent corporate abuses.” Laws, the bishops said, “should introduce mandatory environmental and human rights due diligence, that is, to identify, assess, stop, prevent and mitigate the risks and violations to the environment and all human rights throughout the supply chains of businesses, and to substantially improve the possibilities of affected people to claim for compensation in national civil courts.”

“The coronavirus crisis,” the bishops said, “should be taken as an opportunity to start a just transition and to put in place a new economic system that serves people and the planet first.”

The statement was developed by CIDSE, a network of Catholic social justice organizations.

Featured Image: Workers unload medical supplies donated by the United Arab Emirates from an aircraft in Brasilia, Brazil, July 6, 2020, during the coronavirus pandemic. More than 100 bishops from around the world have signed on to a statement seeking mandatory due diligence laws and regulations in the international supply chain. (CNS photo/Adriano Machado, Reuters)