With anti-racism protests gripping the United States and other countries, young activists in Myanmar saw it as the right time to challenge racism in the Buddhist-majority country.

They launched a campaign called “Don’t call me Kalar” on Facebook as part of an effort to end the use of a term that historically referred to people from the Indian subcontinent. But today the K-word is often used as a racist term for people with dark skin.

It has helped fuel hatred against the Rohingya, a long-persecuted Muslim minority who are denied citizenship in Myanmar, with thousands of them forced out by the military’s bloody campaign.

A group of young activists started their own anti-racism campaign by changing their profile pictures inspired by the Black Lives Matter (BLM) movement protests that rippled globally following the killing of George Floyd, an unarmed black man, who died after a Minneapolis police officer knelt on his neck for almost nine minutes despite the dying man’s pleas that he couldn’t breathe. 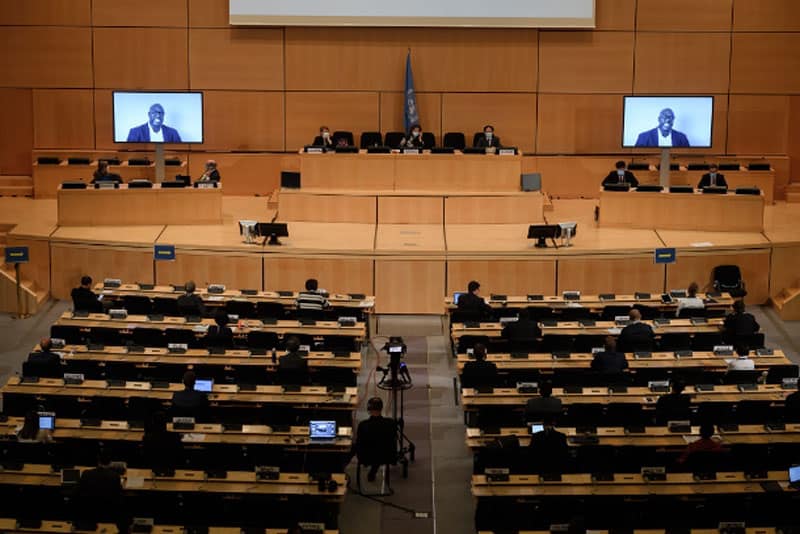 George Floyd’s brother Philonise is seen on a TV screen during his speech in a debate on systemic racism in the US and beyond at the Human Rights Council in Geneva on June 17. (Photo: Fabrice Coffrini/AFP via UCAN)

Among the activists is Zay Linn Mon, who said the campaign aims to highlight racism in Myanmar. “Does the Indian community accept this word? The problem is privileged people who don’t see this as an issue,” said Zay Linn.

He said the word “Kalar” has also been used to describe Tamils and Muslims. Parents often warn their children that “a big Kalar” will come and get them if they misbehave.

“What we are aiming for with this campaign is not to use a word that the community dislikes. Our campaign doesn’t support violence against those who continue to use the K-word. This is just the beginning and we need to push for the issues of minorities,” Zay Linn said.

The campaign has attracted much positive attention together with thousands of comments filled with obscenities directed against the activists. Some have accused the activists of stirring up racial hatred and self-publicity. One comment said: “Dark-skinned people were called the word as a cute nickname used among good friends who adore each other.”

Prominent politician Ko Ko Gyi, who spent two decades behind bars in the struggle for democracy, wrote on Facebook on June 10 with a couple of benign sentences that used the term.

“I haven’t heard of any cases of anyone using the term to insult and discriminate against another person. Don’t stir up problems about traditional vocabulary,” he said.

Yangon-based activist Moe Thway said the campaign meant “Don’t call me Kalar” and not “Don’t use the K-word.”

“If the community or an individual doesn’t like to be called that word, don’t use it,” he wrote on Facebook.

Cardinal Charles Bo of Yangon has decried injustice by reflecting on the George Floyd case, which ignited global protests. 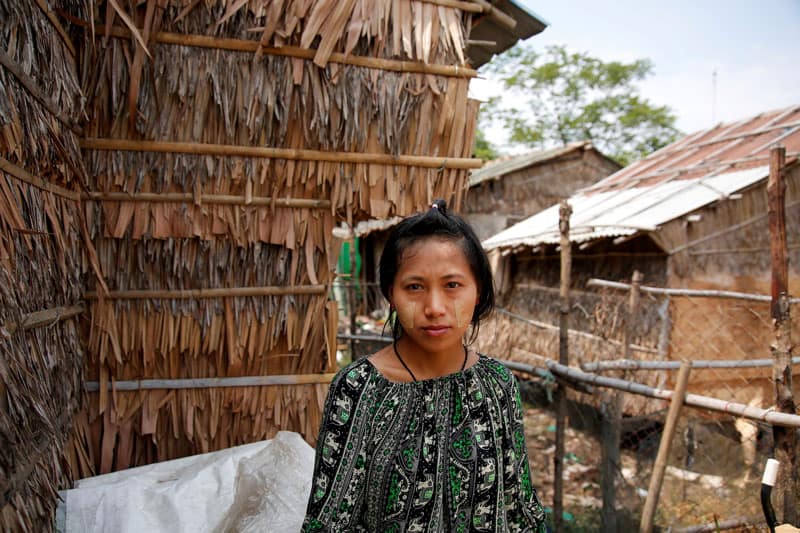 A young woman is pictured in a file photo near her hostel in Yangon, Myanmar. Young activists in Myanmar have opened a campaign to fight racism after being inspired by the Black Lives Matter movement. (CNS photo/Myat Thu Kyaw, Reuters)

“It felt the pain; it proclaimed injustice anywhere is injustice everywhere. As members of the same body we feel the joy of others, we feel the pains of others,” the prelate said in a homily on June 14.

A sprawling patchwork of indigenous groups, Myanmar is home to 135 officially recognized ethnic minorities, and divisions along ethnic and religious lines remain deep.

Myanmar emerged from decades of iron-fisted military rule in 2011 but religious violence has marred its transition to democracy.

Since June 2012, the country has seen several bouts of violence, especially targeting Rohingya Muslims in Rakhine state who are labeled “Bengalis,” meaning that they are illegal interlopers from neighboring Bangladesh.
In recent years, nationalist movements have given the word an extremely derogatory connotation. Kalar is used by ultranationalists and religious fundamentalists to attack Rohingya Muslims in Rakhine.

In the Burmese language, Indians are typically called Kalar. The origins of the term itself are disputed. The Myanmar Language Commission officially traces the etymology of the word to the Pali term kula, which means “noble,” “noble race” or “pure.”

Featured image: Young people are seen praying in a file photo as Pope Francis celebrates Mass with youths at St. Mary’s Cathedral in Yangon, Myanmar. Young activists in Myanmar have opened a campaign to end the use of the word “Kalar,” often used as a racist term for people with dark skin. (CNS/Paul Haring)