Vatican Listens to ‘Cry of Poor, Cry of the Earth’ During Pandemic
By Catholic News Service
May 18, 2020
News
ShareTweet it!LinkedinEmailPrint

In addition to focusing on environmental destruction,
Christians should listen to the poor risking starvation

VATICAN CITY (CNS) — Pope Francis’ vision of “integral human development” and “integral ecology” involves identifying the connections between the condition of human beings and the condition of the environment, said Cardinal Peter Turkson.

While Christians are right to be increasingly focused on “the cry of the Earth” and how environmental destruction impacts human life, with the COVID-19 pandemic “we must listen to the cry of the poor,” especially those risking starvation, the unemployed and migrants and refugees, said Cardinal Turkson, prefect of the Dicastery for Promoting Integral Human Development.

Cardinal Turkson is coordinating the work of the Vatican COVID-19 Commission and led an online news conference May 15 to discuss the commission’s progress.

“In one of the last meetings we had with Pope Francis, he asked us to ‘prepare the future,’ not ‘prepare for the future,’ but prepare it, anticipate it,” the cardinal said.

“Hardly any aspect of human life and culture is left unscathed” by the virus and efforts to stop its spread, the cardinal said. “Covid-19 started as a health care issue, but it has affected drastically the economy, jobs and employment, lifestyles, food security, the primary role of Artificial Intelligence and internet security, politics and even governance.”

Obviously, providing health care to victims of the virus is an urgent need, said the cardinal and other members of the commission.

Father Augusto Zampini, adjunct secretary of the dicastery, said that is one reason why Pope Francis called for international debt relief–it would help the world’s poorest countries redirect money from interest payments to ramping up their health services. 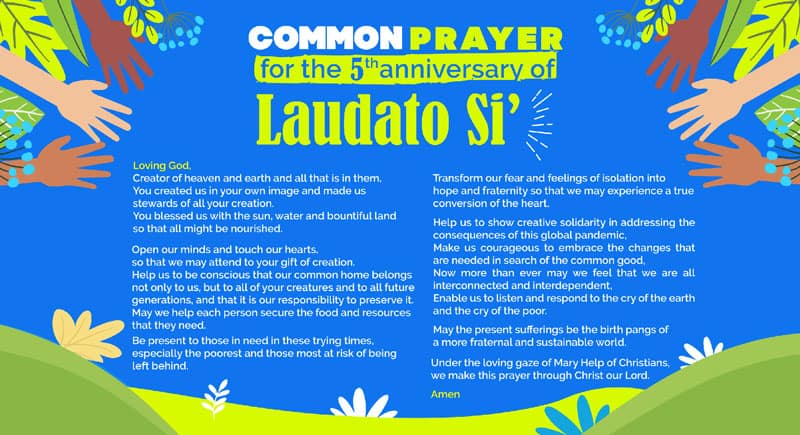 But another major issue the commission is looking at is the threat of a “hunger pandemic.”

At the beginning of 2020, before the coronavirus became a global pandemic, the U.N. World Food Program said 135 million people in 55 countries were facing “acute hunger” as a result chiefly of conflict, the effects of climate change and economic crises.

Now, with people out of work and supply chains interrupted, the WFP is warning that “the lives and livelihoods of 265 million people in low- and middle-income countries will be under severe threat.”

Still, Father Zampini said, changes in production and consumption patterns and in private and public actions can still make a difference, for example, by providing incentives to farmers to improve productivity in ways that also protect the environment and by encouraging all nations “to divert funds from weapons to food.”

Individuals also can contribute to alleviating food insecurity and protecting the environment by reducing food waste, eating food that is in season and avoiding products and packaging that pollute.

“COVID has shown that we do not need as many things as we think. We can be more with less,” he said.

Caritas Internationalis, the umbrella organization of national Catholic relief and development agencies, is part of the Vatican COVID-19 Commission and has created a COVID-19 Response Fund.

Aloysius John, Caritas secretary general, said the fund already has received 32 project requests and already approved and distributed funds to 14 of them, which aim to help 7.8 million people in Ecuador, India, Palestine, Bangladesh, Lebanon and Burkina Faso and eight other countries.

A big concern, which parish, diocesan and national Caritas agencies are responding to, he said, is the provision of basic food assistance, because people will not respect lockdown requirements if they have nothing at home to eat and no way to earn the money to buy it.

John also called on the international community to remove the economic sanctions on Iran, Lebanon, Syria, Libya and Venezuela “so that aid to the affected population can be guaranteed, and Caritas, through the church, can continue to play its role of support for the poor and most vulnerable.”

Featured Image: A cormorant is seen on the Anacostia River April 26, 2020, near Bladensburg, Md. Dioceses and other organizations around the world are planning to mark the fifth anniversary of Pope Francis’ encyclical on care for creation with online events and prayers during Laudato Si’ Week May 16-24, 2020. Recently, the Vatican talked about the need to listen to the ‘cry of Poor, cry of the Earth’ during the current pandemic. (CNS photo/Chaz Muth)