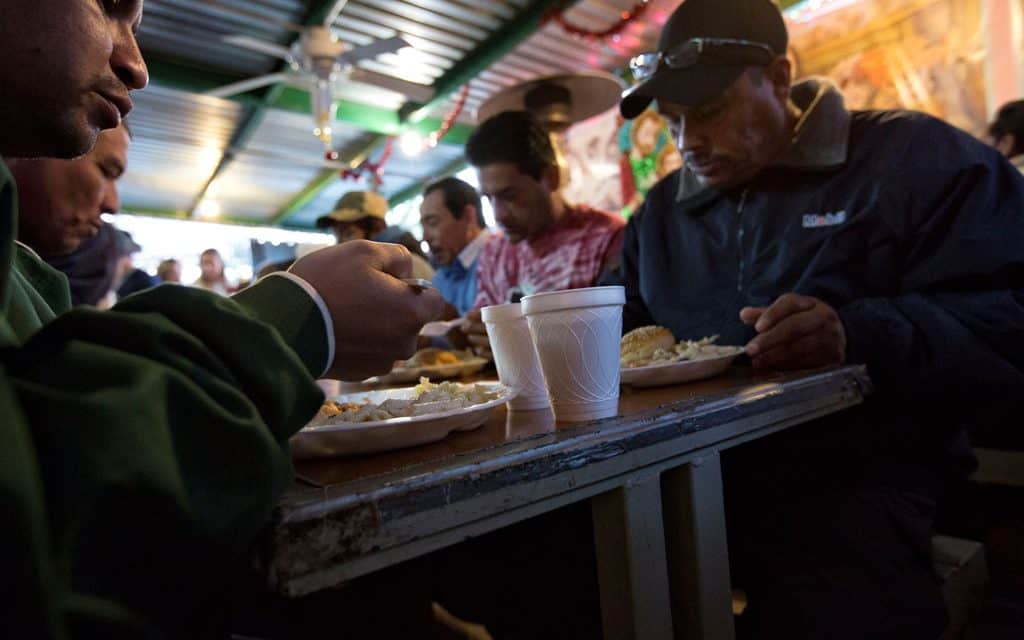 TUCSON, Ariz. (CNS) — More than a dozen men, women and children provided a glimpse into the desperate living conditions they endure in Nogales, Mexico, while the world struggles with COVID-19.

They stood outside the Migrant Outreach Center, in the Mexican state of Sonora, run by the Kino Border Initiative in Nogales April 23.

Each adult, speaking through a translator and broadcast via livestream on the Kino Border Initiative Facebook page, spoke about the dangers of living on the streets as local shelters close because of illness.

They travel during the day to the outreach center for food, and then try to escape the building heat at a local park while avoiding police who would detain them and gangs who would abuse them.

One woman, Inez, was there fleeing violence in Guerrero, Mexico, with her 2-year-old son. She was lucky; she was living with a woman in a stable home, although she described her son as in “a delicate state.”

“We are pretty desperate right now. I don’t know how much longer we can stay here,” she said.

She talked about how they were abducted two months earlier and driven to a remote area. She was ordered to turn over valuables and her cellphone. They managed to escape, she said.

Inez cannot read English and does not know when or where she has to go for immigration proceedings.

A refugee named Sergio said he had uncles in the U.S., but both had been laid off because of COVID-19. He was grateful for the meals provided by the center and had lost track of how long he had been in Nogales.

Oswaldo, 38, had traveled from Guatemala with his 17-year-old son. They had been in Nogales 32 days.

“The pandemic has made things more complicated for us,” he said. The shelter where they were staying is closing because of sickness. One time, a friend had to take a taxi and the driver tried to take him somewhere else, but he escaped. “It’s not very safe here.”

When they were on the street, the local police stopped them because of an order to shelter in place. They were detained and forced to produce documents. Oswaldo said that once he explained their situation, they were released.

“We don’t come here for fun. We come here from our countries because we need to, because of the violence there,” he said.

Edwin, 45, was also traveling with his son, 14, from Guatemala. They were sleeping at the same shelter that is closing and had a scary experience, saying that people watch them all the time when they are walking down the street. The shelter allowed them to shower, but nowhere to clean their clothes.

He described their time as “a calamity” with “no ability to get work. It really scares us.”

Juan was traveling with his 16-year-old daughter and had no resources for bus fare to travel to the migrant center for meals.

Juan admitted he hadn’t yet figured out how they will get to Ciudad Juarez, Mexico, and then, El Paso, Texas, for his court hearing June 8.

One woman, who fought through tears and did not identify herself, talked about arriving in Nogales with her 6-year-old daughter and looking for work. However, the two were separated briefly and her daughter got sick. “You can still see the scars from where she got chickenpox. It’s a little bit better now.”

She can’t read and write and doesn’t know her court date.

Sofia is a single mom who fled violence from Guerrero with her two daughters, ages 3 and 5. She has been living with a family in Nogales and helps around the home with chores. They have been in Nogales for five months and have no idea when they will be able to apply to come to the U.S.

Kino Border Initiative staff explained that an earlier border closing for nonessential travel left people like Sofia in limbo. “The only option we have is to wait,” Sofia said.

Michael Brown is managing editor of the Catholic Outlook newspaper of the Diocese of Tucson.

Featured image: Men sit down to a meal in the kitchen and dining hall of the Aid Center for Deported Migrants in Nogales, Mexico, Dec. 20, 2015. The center is a project of the Kino Border Initiative, a binational church ministry to migrants. (CNS photo, Nancy Wiechec/U.S.) 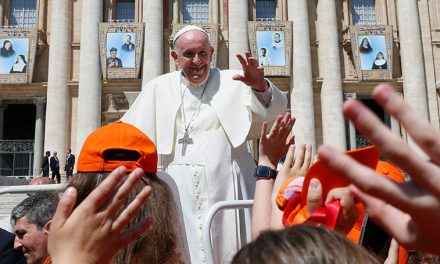 Do Not Be Afraid to Vent to God, Pope Says 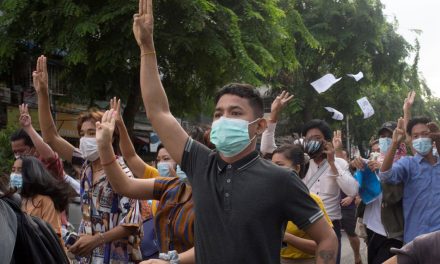 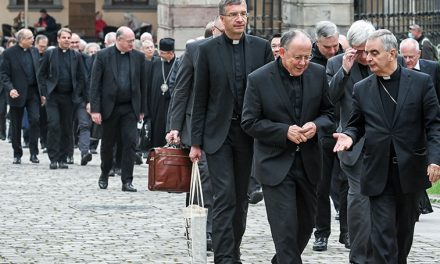 Synodal Process Looks to Hear From Voices on Church’s Margins 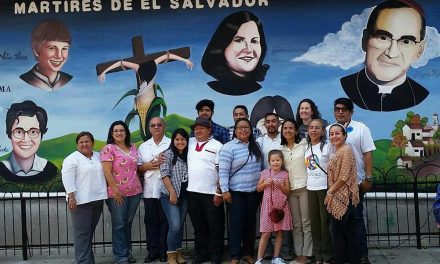