“Come and meet the people and see how they live,” says Sister Mary Grenough, as she guides visitors through the Hlaing Thayar slum in Myanmar’s largest city, Yangon.

At 83, the Maryknoll Sister from Louisville, Ky., has lost none of the passion and vigor that first led her to serve the poor of this Southeast Asian nation 11 years ago.

“Many can’t even afford adequate food, health care or schooling,” she says, weaving her way through the narrow, noisy and dusty streets lined with bamboo huts, many with tiny “stores” extending into the street.

Tens of thousands of people from Myanmar’s Irrawaddy Delta moved into this industrial zone after Cyclone Nargis destroyed their homes in 2008. They came to Yangon seeking employment, education and health care. Instead, they met factory owners seeking cheap labor.

Dismayed by the frequent birth of HIV-positive babies throughout the country, which she knew could be prevented by identifying and treating mothers, Sister Mary, a registered nurse with special training in maternal child care, started a community-based health program, “Mary’s Dream,” in Hlaing Thayar in 2014 with initial funding from her family back in the United States. 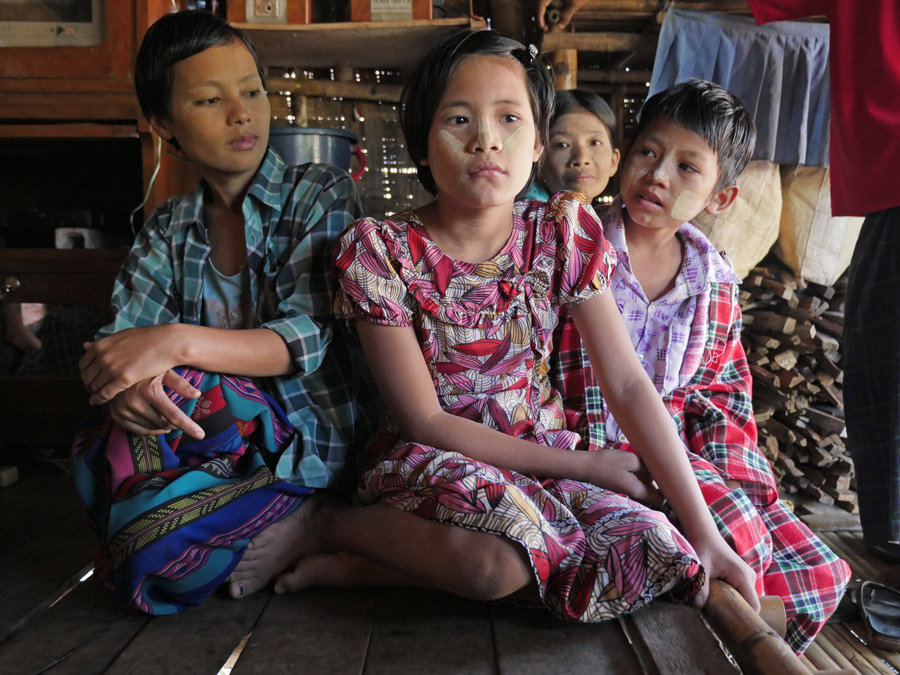 The program, part of the national Myanmar Catholic HIV/AIDS Network (MCHAN) that Sister Mary also started in 2010, targets 328 households in the dense slum. The missioner and her staff work right in the people’s ramshackle homes, teaching volunteers how to give treatment and referring serious cases to the nearby hospitals.

The women lived within two miles of the hospital but couldn’t afford even the $6 it costs to enroll in the government’s prenatal care program. Thanks to “Mary’s Dream,” the women’s bills were covered and 10 other individuals received major surgery.

As Sister Mary walks through the neighborhood, children pause from running and playing in the street and eagerly grab her hands. More than half of young children here are not enrolled in school and only 7 percent of the youth attend high school.

Government schools are supposed to be free, but students are expected to buy uniforms, supplies and supplement teachers’ meager salaries with cash “gifts.” Even if they could afford these costs, most children would still need to work to help support their families. 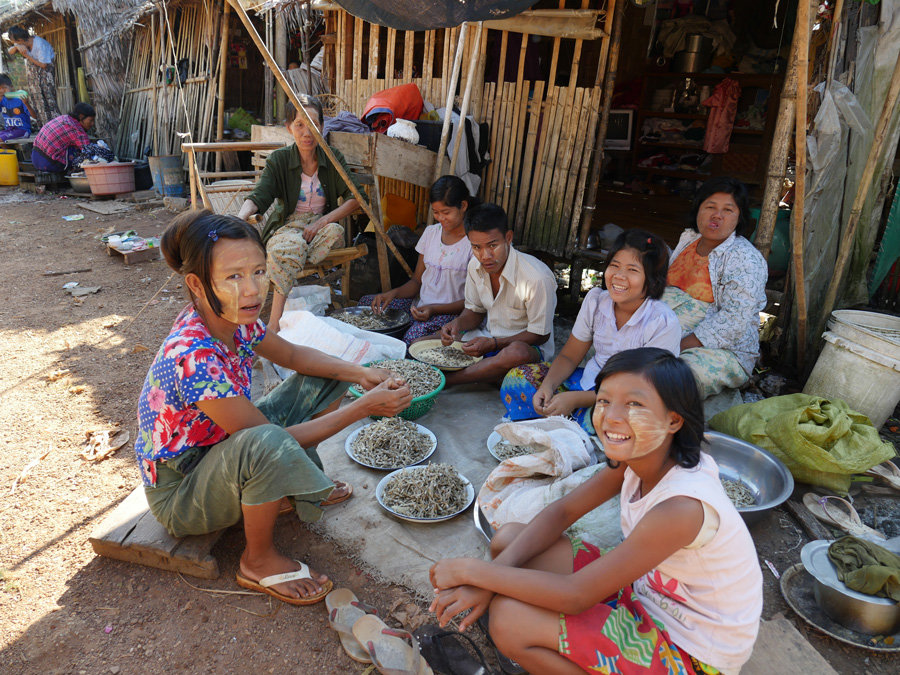 Sister Mary and her team ease such burdens through microfinance. After a five-day workshop, 15 families were chosen for the program that allows participants access to small loans for income-generating activities at a low rate of interest.

Ye Ye Win, a 38-year-old housewife and accountant for the microfinance program, says the program started with a capital of 700,000 kyats ($637). Now members are able to save about $3 each month instead of increasing their debts. They are eligible for loans at 2 percent interest compared to commercial rates of 20 percent.

A small percentage of the program proceeds is set aside for community needs such as enrolling women in the government’s prenatal program.

“It fosters community spirit as we share our problems and discuss how to solve problems together,” Ye Ye Win says. “It gives us confidence to continue it as a sustainable program.”

In Mary’s Dream’s first year, four HIV-positive people received treatment. “Before I was treated I couldn’t walk or even sit up on a chair,” says one of the women, Aye Aye, who was suffering from tuberculosis. “I had to take TB medicines for six months before getting ART (antiretroviral therapy) from a government-run hospital.”

“I am so thankful to Sister Mary’s team who helped and motivated me,” says Aye Aye. “I am determined to continue this work.”

Sister Mary’s team collaborates with the Myanmar Interfaith Network for HIV/AIDS in other activities, including an annual candlelight memorial service and World AIDS Day activities. These events provide an opportunity for Buddhists, Muslims, Hindus and Christians to pool their resources and learn to appreciate and trust each other. 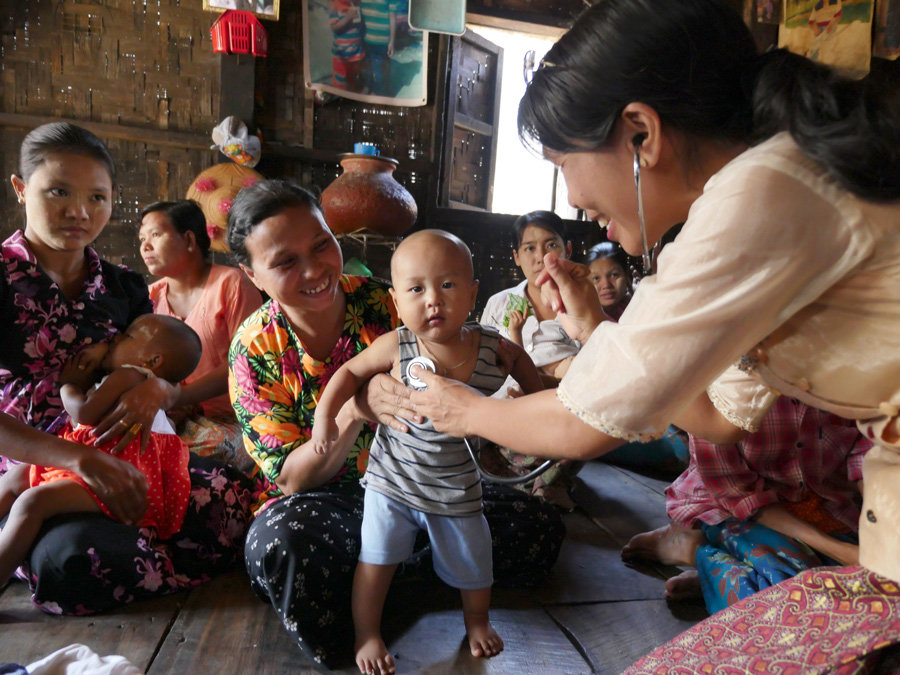 “The interaction of people regardless of religion and ethnic backgrounds is needed to obtain essential services,” says Sister Mary, who previously served almost 40 years in the Philippines. Now, as she prepares to retire from overseas mission, she is worried about her program.

While problems of civil war and internally displaced people grab headlines, Myanmar still has one of the highest rates of HIV infection in Asia. In 2014, UNAIDS estimated the number of people living with HIV in Myanmar was around 210,000—one in every 200. About 120,000 are not receiving treatment, if they are even aware they have the disease.

“Foreign donors are now funding what they consider other priorities like emergency relief for the many internally displaced people and disaster response,” says Bishop Alexander Pyone Cho, chairman of the Commission for Health Pastoral Care of the Catholic Bishops’ Conference of Myanmar.

Bishop Cho says MCHAN’s work has helped the local Church throughout Myanmar become more aware of the HIV/AIDS pandemic, and to focus on education for prevention and care of all who are suffering from the virus regardless of their religion or ethnic background.

In Myanmar health care is almost non-existent for the rural poor and is limited even in cities. For more than five decades, government spending on health care was the lowest in Southeast Asia. In a 2013 World Health Organization report, Myanmar came last in a list of 190 countries for overall health system performance.

Nevertheless, Sister Mary’s “dream” continues. National elections in November 2015 brought the opposition National League for Democracy to power and there is hope the new leaders will improve the lives of the common people. Given time and a larger share of the national budget, better health care services could bring welcome relief to the sick and poor throughout Myanmar.

The names of participants of the Mary’s Dream program have been changed to protect their identities.